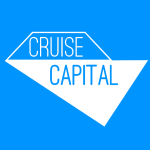 I was so excited to not only step aboard P&O Cruises’ Britannia again – less than a year since I enjoyed a two-night mini-cruise on her, but also to return to the picturesque landscape of the Norwegian Fjords after a four-year hiatus.

This daily blog (internet connection permitting) will highlight my time onboard.

I sit here writing the first daily blog post from my 7-night cruise to Norway on Britannia looking out into the vast, dark emptiness of the English Channel. There’s a mystical, awe-inspiring feeling that one gets when at sea on a cruise. But as the first day aboard draws to a close, let’s rewind and take a look back at what I did during the day.I arrived at Southampton’s Ocean Cruise Terminal just after 1 p.m. ready to board Britannia. I could hear the sound of large crowds echoing around the terminal as I made my way up to the check in area using the escalator. I was right. A sea of people awaited me. Luckily, for some unknown reason I was given a priority card, which let me skip the horrid procedure of waiting for your lettered ticket to be called, and I went straight to the check in desks. 10 minutes later I was on the ship.

Once aboard, I headed to my balcony cabin, G437. After having a Superior Deluxe Balcony last time I was on Britannia in September 2015, I was keen to see the difference between the two. I was also a little apprehensive to see what the view from the balcony would be like, as the deck I was on was the first deck of balconies, and the cabin position was above the small rescue boat, and the smoking area on Deck 7. Thankfully, the view was not that obstructed, apart from a small crane used for lifting the gangways into place. The cabin was also directly across the corridor from the midship lifts, which was handy, but also slightly annoying if only wanting to travel one deck down to the main atrium, as there are no passenger midship stairs. The size of the cabin was good and featured a walk in wardrobe, leading to the bathroom. Although a rather small bathroom, it did feature a glass shower door – a much welcome change from the clingy curtains on other P&O; cruise ships. The general cabin consisted of grey and green colours, with a splash of dark wood along a feature wall and the surrounds of the large television. The cabin had five UK plug sockets dotted around, so no need for any adapters, which was a nice change. There was also one US plug socket for the hairdryer, which I was particularly grateful for, as my camera charger would otherwise require a US to UK adapter. The balcony was fairly small, but probably not the smallest balcony I have seen on a ship. It managed to fit two large reclining chairs, a small table, and had just enough room to move about.

I then headed to the Horizon Restaurant, the main buffet, for lunch. I particularly love Britannia’s buffet, as it never feels too crowded. There were plenty of empty tables to choose from, which is always rare on embarkation day on other ships. After lunch, I then began to walk around the decks, becoming reacquainted with the beautiful ship. Later in the day it was time for muster, before departing a sunny, but hazy Southampton at 6 p.m.

After reading in Horizon, the ship’s daily newspaper, that celebrity Chef Atul Kochhar would be in the speciality restaurant Sindhu from 7 p.m., and that every diner would receive a third off the standard cover charge of £20, because it was the first night, I decided to book a table for 7:15 p.m. The first night is usually the quietest for the speciality restaurants on any ship, as most people are still yet to experience the main restaurant and meet their dining companions. However, because I am on Freedom dining this cruise, where you can turn up at any time between 6 p.m. and 9:30 p.m. and sit on whatever size table you like, I had no issue in not dining in the main restaurant for the first evening. Sindhu was my first speciality restaurant experience with P&O; and it was certainly a great meal. The food was plentiful, and consistently amazing. Despite only having to order a starter, main and dessert, the meal actually consisted of seven courses, in addition to sides with the main and tea and coffee after dessert. Half the time I didn’t know exactly what I was eating, all I know is that it was all delicious! To start, I had Galinha Cafreal, grilled chunks of chicken in a Indian spice marinade. For main, I tucked into Atul Kochhar’s signature plate, a trio tasting platter featuring Lamb Rogan Josh, Chicken Korma and Tandoori Salmon. To finish, I had a mouth-watering Dark Chocolate Sphere. My waiter then poured warm chocolate sauce over the sphere, slightly melting it to expose the white chocolate mousse and raspberry coulis inside! After the meal, Atul Kochhar personally came round and asked if I had enjoyed the meal. It was a fabulous dining experience, made extra special by the presence of Atul onboard.

After leaving Sindhu, I went into the Live Lounge and listened to resident band Pulse perform a set, before heading to the 10:30 p.m. show of “I’ve Got The Music In Me” in the Headliners Theatre. It was a rather intimate show, featuring just the four talented singers and the live orchestra, performing the best of the West End, Broadway, as well as classic and contemporary pop. There were songs for all ages to enjoy. And so here I am, sitting on the balcony, listening to the gentle ripple of waves roll along as we head for our first port of call, Stavanger. P&O;’s tagline “This Is The Life” has never felt more appropriate!

Jordan Bailey has been on over 60 cruises, since his first cruise in 2009 with Royal Caribbean. Turning his passion into a career, he has experienced a range of travel operators, destinations, and has insightful knowledge of being a travel agent, blogger, and a cruise passenger.

Navigator of the Seas: Life in the Galley